Past Exhibition: 'Broke-whole, The Labor-oratory By Dr Kali' – By Kali Van Der Merwe 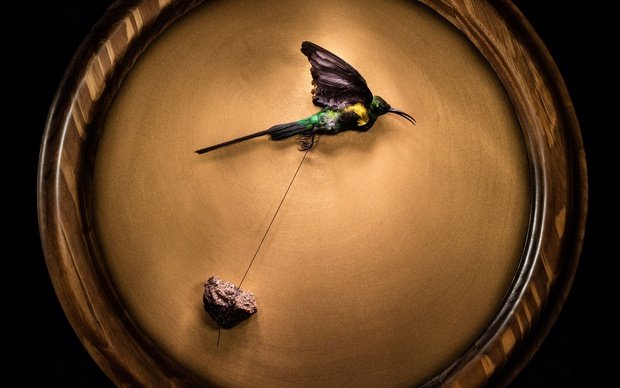 Kali van der Merwe's main artistic explorations take place in the dark, using the night as her photographic darkroom. She utilises a technique called “light painting” which blurs the boundaries between painting and photography. This enables her image capture to become an encounter taking place over a long period of time. Kali explains, she “searches for the soul of form with light”. Her works traverse nuanced interconnection between death and life. Her subject matter is often deceased and she has described herself as “the demiurge re-animating life in 'tableaux mort'”. She creates imagined scenarios incorporating the minuscule and the cosmic, situating her work between reality and theatricality. Kali sees herself as a visual advocate on behalf of plants and animals, many of them endangered. She describes her ultimate search to “uncover the beautiful, ever metamorphosing unity present in all life”.

Kali works across many disciplines, including experimental filmmaking and soundscape design as means of expression. Her most recent foray is taxidermy installation, incorporating the specimens she photographs.

Kali holds a Fine Art degree with distinction, majoring in sculpture from the University of Cape Town. Post formal study, she sojourned in Berlin “the capital of re-invention”. Returning to South Africa with an interest in filmmaking, she began a career as a documentary filmmaker. Her work combined social issue filmmaking with creative social development and her collaborative documentaries won multiple best film and jury awards at local and international film festivals.

After a successful 15 year film career, Kali followed a strong impulse to return  to personal creativity in an intimate way. Seven years ago, she opted out of city life for her present day rural existence to manifest that desire. Kali lives in the vicinity of the quirky village Baardskeerdersbos of the Overberg in the Western Cape, South Africa.