Past Exhibition – 'Being Here (And There)' By Andries Botha 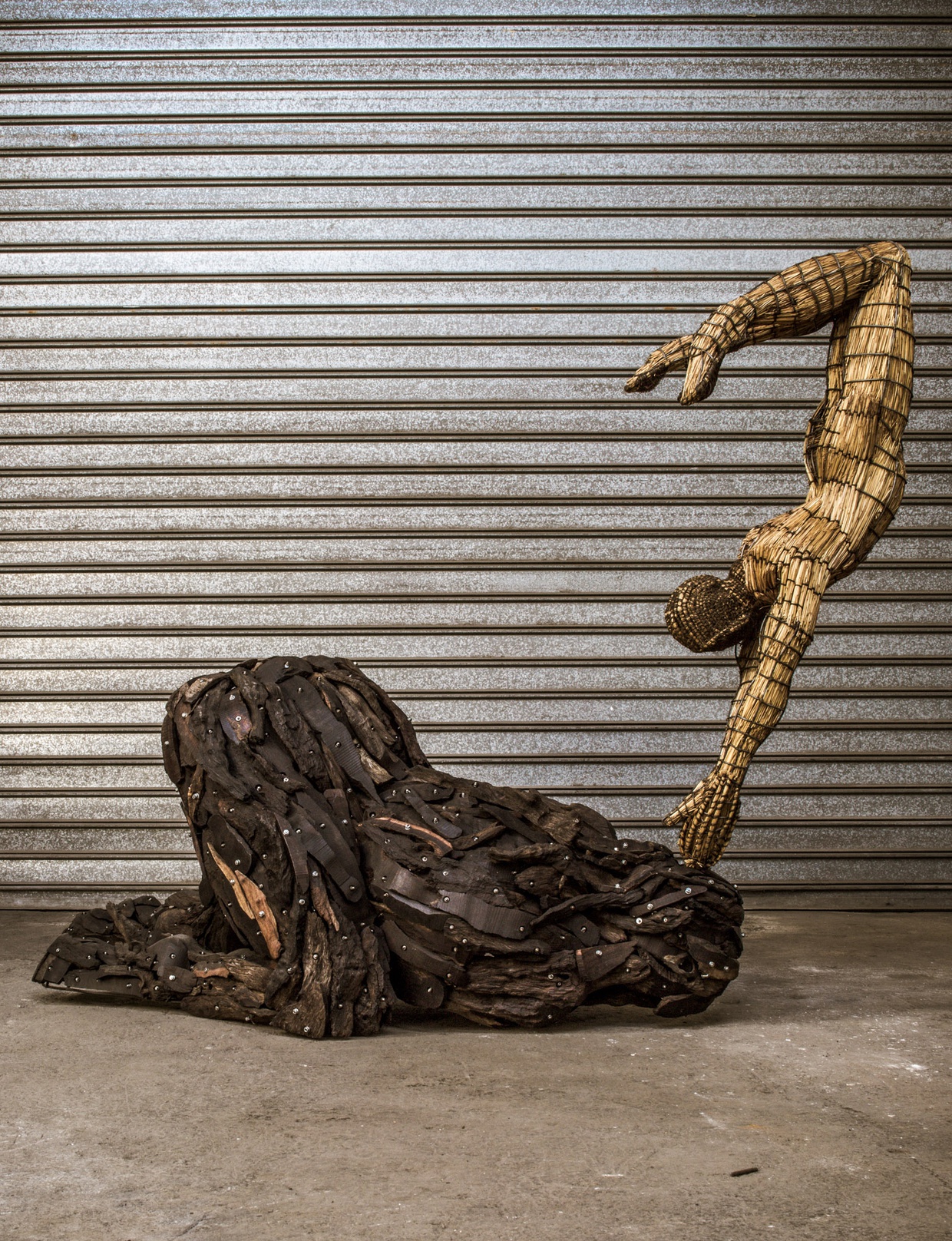 An exhibition of major works spanning the illustrious 40-year career of South Africa’s pre-eminent contemporary sculptor, Andries Botha, entitled Being Here (and there), opened at The Gallery at Grande Provence in Franschhoek on Sunday, 30 October 2016.

“Sculpture in South Africa has enjoyed somewhat of a renaissance in the last decade or so, with arguably the finest and most thought provoking art made in the country being three-dimensional. This show amply illustrates the contention that Andries Botha is our preeminent sculptor and we are proud to have been able to facilitate the exhibition at our lovely space at Grande Provence.

These sculptures span 40 years of a glittering career, one made in each decade, and have never been seen together. Indeed one of the works has only ever been seen at Documenta in Kassel, Germany in the 1990s.” – Trent Read, Director of The Gallery at Grande Provence and Curator of the exhibition.

Botha, whose mixed media sculptures have been exhibited across the globe but are rarely seen in South Africa, will be showing four works created in his Durban studio, representing a time line of his life as an artist. In addition, the exhibition includes 10 large digital prints and four multi-media maquettes.

Given his ambivalence towards exhibiting his works in a public space, the exhibition, considered one of the most important art events in South Africa this year, sees Botha embarking on a personal journey from the private into the public self. Botha sees his role as an artist essentially as confirmation of his own humanity rather than creating marketable art that can be displayed in a gallery.

“Most of my major works were made as part of my own meditation on self within the frightening, or challenging South African space, exhibited (mostly abroad) as part of larger group shows, then crated and stored (hidden again),” says Botha, who tries to locate the human within the visceral, social and cultural spectacle.

“The complex South African context unashamedly frames the universal human experience, mine as well. It is difficult to imagine expressing myself in any other way,” he adds.

The major works exhibited at Grande Provence by this celebrated international sculptor included Embarkation, Afrikaner Circa 2014,and Genesis, Genesis, Jesus… , which are all mixed media sculptural installations shaped from objects such as rope, wattle, metal, wood, thatching grass and found objects.