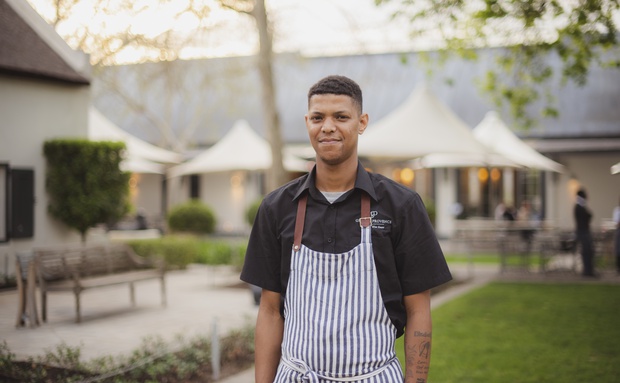 Marvin Robyn is a passionate young chef, bringing new energy to The Restaurant at Grande Provence, the landmark Heritage Wine Estate in Franschhoek founded by the French Huguenots in 1694. 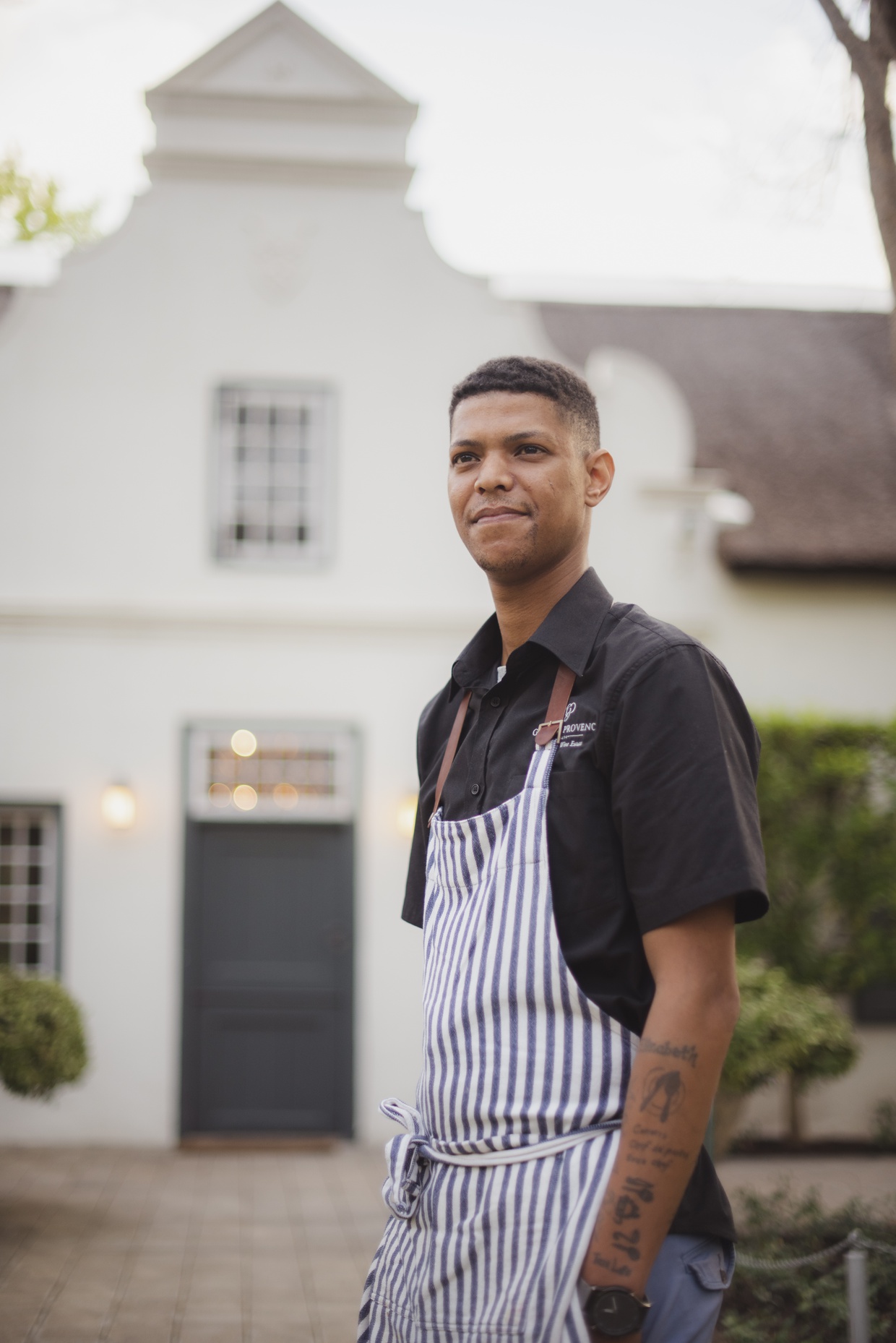 Marvin who was brought up by his mother and grandmother in Stellenbosch, cut his teeth in the kitchen helping his granny with her catering business. He fondly recalls producing endless trays of herzoggies, a traditional South African sweet pastry. Watching Ready Steady Cook on the DSTV Food Network gave him a further nudge onto his culinary career path.

Lack of funding for formal studies after matric, saw him literally starting at the bottom as a pot washer in the scullery of a local restaurant. His fortune soon changed when one of the chefs became ill allowing Marvin to step up and take over the breakfast shift. His talent and eagerness to learn was soon rewarded when a local NGO, Stellenploy, awarded him a bursary to study at the acclaimed Institute of Culinary Arts (ICA) in his home town. After graduating with distinction in 2011, Marvin’s career as a chef could start in all earnest.

Before joining the Grande Provence team towards the end of 2018, he gained valuable experience working with leading chefs in a number of top Winelands restaurants including Delaire Graff, Cuvée at Simonsig, Equus at Cavalli and finally Makaron at Majeka House.

Marvin who worked with Chef Lucas Carstens for six years, first at Cuvée and later as sous chef at Makaron, still considers him his mentor today. On the international front, he cites London Michelin chef Marco Pierre White as a source of culinary inspiration.

At Grande Provence, Marvin has shown tremendous leadership ability despite his young age and is an enthusiastic mentor to the rest of the kitchen brigade with endless good energy and new ideas. He describes his cooking style as refined South African classics, bringing new inspiration and modernity to local heritage food.

His Heritage dinner menu of fresh local produce expertly prepared with his own twist on heirloom recipes, fits like a glove with this 325 year old heritage wine estate, literally taking Grande Provence back to its roots.

As an avid fisherman, Marvin loves working with fresh seafood above all else. In his free time when he’s not cooking up a storm in the Grande Provence kitchen, you’ll find him surf fishing off the beach or fishing from the rocks. He also loves catching up with his chef friends, sharing ideas and exploring new horizons.